Sales of single-family homes in North Vancouver during September 2022 rose 25% compared to August. The sale to list price ratio also increased slightly, with days on market declining by 57%. This means homes are selling faster in North Vancouver, though the reasoning is not entirely clear. It is, however, likely the pricing for homes have made them more attractive to potential homebuyers.

The most active price band for homes was $1.5M to $2M, which also accounted for more than 50% of home sales in September. Additionally, more than 90% of single-family homes sold last month have 3 or more bedrooms, with only four homes selling with 2 bedrooms or less. There are still many detached homes with 3 or more bedrooms available in North Vancouver, especially as inventory increased 16% over last month.

Lynn Valley’s detached homes sold at a 41% sales ratio last month. This area surrounds Lynn Valley Centre and the nearby commercial hub which contains it. Outside of the neighbourhood, the close proximity to nature will make this neighbourhood great for avid hikers and those brave Grouse Grinders. See available listings for single-family homes in Lynn Valley.

Aside from being immersed in the verdant nature of North Vancouver, this mountainside community near the Capilano Canyon, is close to Edgemont Village. It is also near Handsworth Secondary School, which is one of North Vancouver’s most respected schools. View Canyon Heights homes for sale.

Where Lower & Central Lonsdale are hubs for condos & townhomes, Upper Lonsdale sold 22% of its available homes in September. While this neighbourhood has its share of multi-unit residential, there’s a considerable amount of detached, single-family homes too. This area is also home to schools, community centres and parks.  Consider detached homes in Upper Lonsdale. 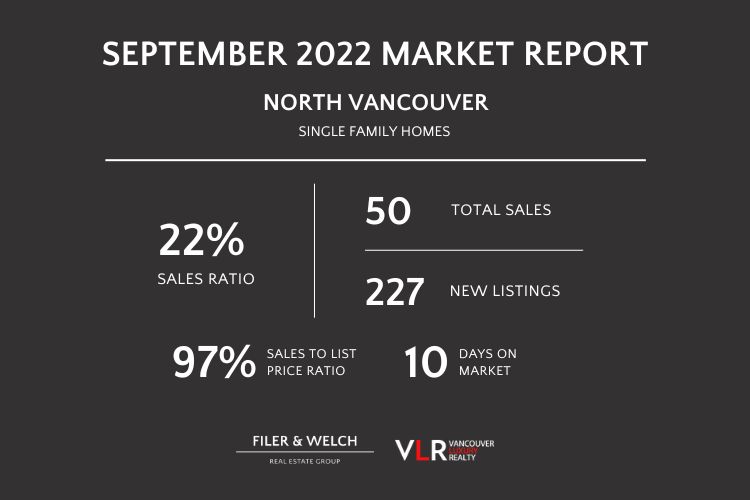 After August’s 37% dip in condo and townhome sales in North Van, the market for attached homes seems to have stabilized a bit after only suffering a 3% drop in September. That 3% drop translates to 2 less sales month-to-month. Plus the days on market have shedded almost a week to an average of being on the market for 12 days before sale. Finally, the sale to list price ratio is 98%, having gone up 1%.

Where does this put buyers of condos & townhomes in North Vancouver?

Breaking down the stats further, the highest number of condos sold in North Vancouver were for 2-bedroom condos and townhomes at 35 sales (less than 50% in total).

As usual, Central Lonsdale & Lower Lonsdale had the most sales of condos and townhomes last month. No surprise. In North Vancouver, there are many streets branching off Lonsdale Avenue where you see townhomes, condos and apartments. It makes sense that these two neighbourhoods, being so built up and developed within the City of North Vancouver, would continually account for the majority of condo & townhouse sales. 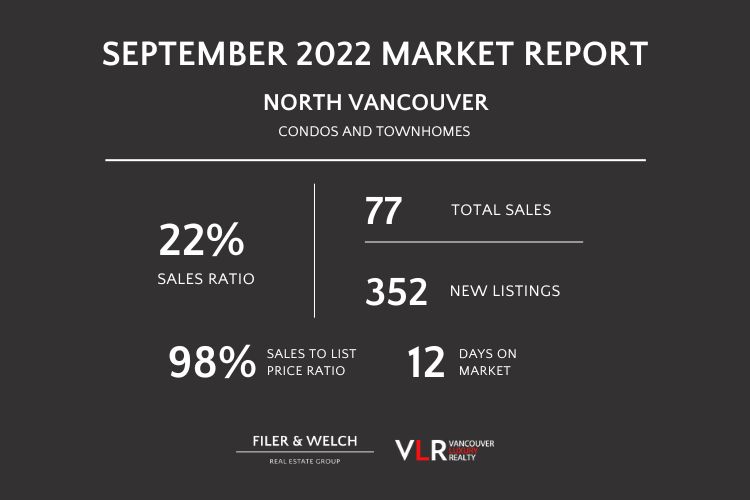