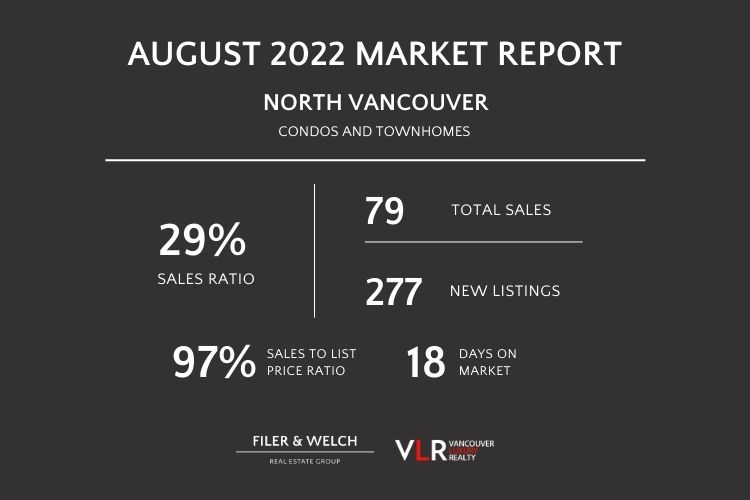 Sales of detached, single-family homes didn’t decline much more than July’s statistics, going from a 21% sales ratio in July to a 20% sales ratio in August. While the detached homes market may not be dipping that much, the same couldn’t be said for condos and townhomes in North Vancouver. The total sales ratio declined from July’s 41% to 29% in August. This is still fairly high compared to the condos and townhomes market in the City of Vancouver, but the numbers have dipped over the course of one month.

Additionally, the average days on market has increased 130% for detached homes (23 days) and 64% for condos and townhomes (18 days).

The majority of single-family homes sold were between $1.25M to $2.25M. Housing inventory above $3M has been fairly low throughout the summer months.

Central Lonsdale remains a consistently popular neighbourhood for detached homes with a 75% sales ratio. Similarly, single-family homes in Upper Lonsdale had almost the same total sales between July and August. In most neighbourhoods, inventory declined in August, with sales declining too. 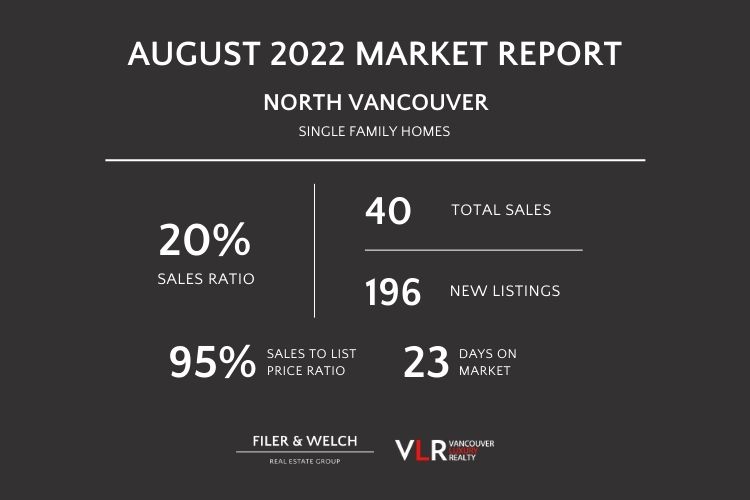 Condos & Townhomes continue to be popular despite market trends

Finally, the Roche Point neighbourhood – which includes the ever-growing Seymour Village, located in the Tsleil-Waututh Nation – had a reasonably stable change in inventory and sales for these North Vancouver condos and townhomes.