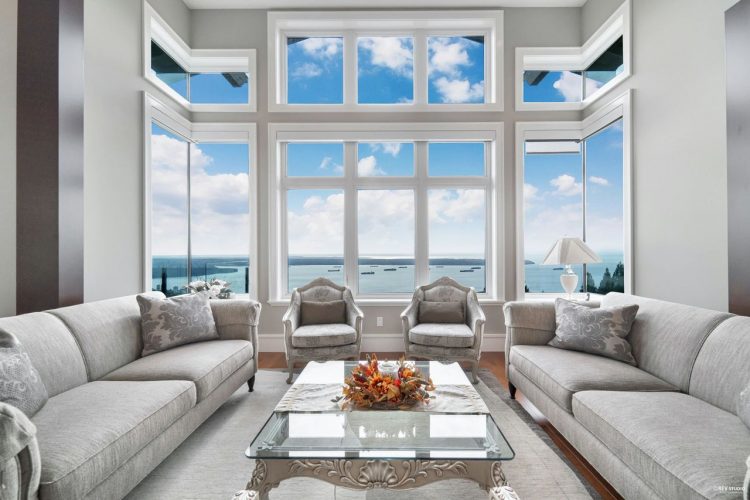 Houses moved at a balanced 16% sales ratio across West Vancouver, but some neighbourhoods & price ranges had exceptionally higher activities than the average. While the average sale price per house dropped by 11% ($2.9M to $2.6M, approximately) the days on market reduced from 37 to 21 days in October, compared to September. Attached properties (condos & townhomes) had much faster movement at 38% selling ratio, with very little average price or DOM (Days on Market) changes compared to the previous month.

Park Royal & Cedardale had an above-100% sales ratio, although it represents only 5 homes sold with 4 new listings added in October 2021. Lion’s Bay & Horseshoe Bay saw 7 homes sold with 9 added for a 77.8% sales ratio. Higher volume sales occurred in British Properties with 10 homes moving resulting in a sale ratio of 15%, and Ambleside followed closely with 8 sales for a slightly higher 19% sales ratio.

Only 24 attached properties traded hands in West Vancouver during the month of October 2021, and a handful of communities led the charge, as the majority of condo/townhome developments are clustered in specific pockets here. Park Royal, Ambleside and Dundarave saw 15 homes trade hands with 44 new listings for a sale ratio of 34.1%. There were the odd sales in Furry Creek, Cypress Park Estates, Panorama Ridge and some other areas of West Vancouver, but very low on both volume & inventory.

To get a detailed list of what sold and for how much in West Vancouver last month, please contact the Baxter & Welch team now!

Brought to you by your friendly REALTORS® through the MLS® System, courtesy of Array for your convenience.
Disclaimer: This representation is based in whole or in part on data generated by the Chilliwack & District Real Estate Board, Fraser Valley Real Estate Board or Real Estate Board of Greater Vancouver which assumes no responsibility for its accuracy.