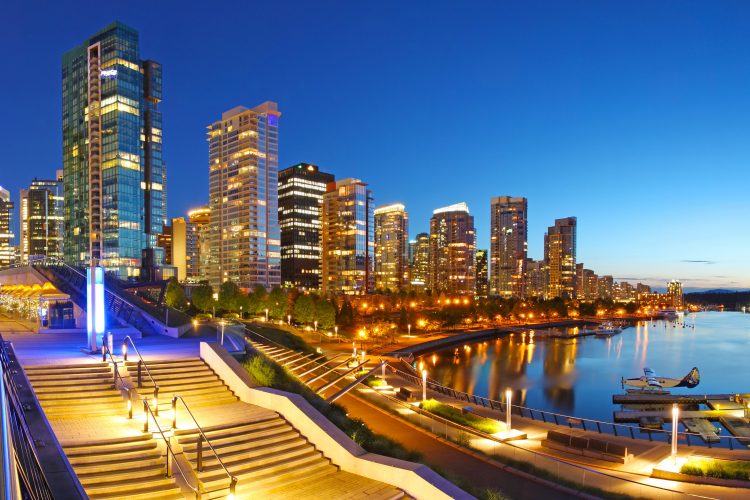 Condos & Townhomes Moved Faster outside of Downtown in Vancouver West

Downtown Vancouver condos & townhomes moved at 23% sales ratio, while those outside of the downtown core moved even faster at 35%. Detached houses in Vancouver West on the other hand moved at a modest 17% sales ratio.

Leading the charge in condo/townhome sales was Fairview (74%) and Mount Pleasant (67%). Oakridge, Kerrisdale, Quilchena & Point Grey sold at, give or take, 40%.

Known for its beautiful scenery, accessibility to Stanley Park, and the luxury shopping & fine dining on Alberni Street, Coal Harbour has always been a highly sought after address in Western Canada. Of the 150 homes for sale in Coal Harbour, 21 sold in October 2021.

The average days on market for Downtown Vancouver condos & townhomes maintained at 13 days just like the previous month. The average $ per sqft was very similar as well at $1,024/sqft in October, compared to $1,028/sqft in September.

Detached Houses Saw Balance, With Some Price Bands Flying Off the Shelves in Vancouver Westside

In October of 2021, Kitsilano detached houses had over 50% sales ratio, with Mount Pleasant trailing at 40%. Homes priced between $1.5M to $2.5M in Vancouver Westside sold at an average ratio of 82%, while the $2.5M to $3.5M range saw a sale ratio of 37%. There were 16 sales of homes priced $5M and above in Vancouver West, although the sale ratio of 10.1% is lower compared to the other pride bands.

Unlike the attached market, the detached houses market in Vancouver Westside saw sales jump to 108 in October compared to 83 in September, while inventory decreased by 8%.

Curious to Know The Details of All The Movement in October?

Contact Baxter & Charles now, and we’d be happy to provide you with more insight of all the sold price bands in all the neighbourhoods to help you make your next move in Vancouver Real Estate.

Brought to you by your friendly REALTORS® through the MLS® System, courtesy of Array for your convenience.
Disclaimer: This representation is based in whole or in part on data generated by the Chilliwack & District Real Estate Board, Fraser Valley Real Estate Board or Real Estate Board of Greater Vancouver which assumes no responsibility for its accuracy.